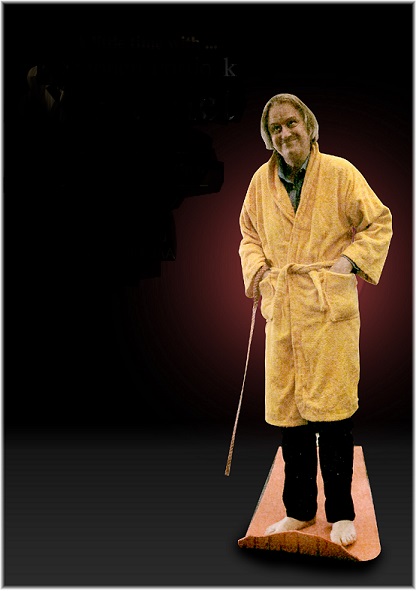 Thanks for dropping by. Do make yourself at home.

This is the website of Stephen Portlock. As an Obsessive Compulsive, I was quietly muddling my way through life… and then I went blind! Things became very odd, very confusing and very rude. Only one thing for it. Accompanied by my trusty Hamlet, I became raconteur.

Hamlet and I have been traipsing the comedy circuit for several years now and in 2019 we did a thirty minute show at the Edinburgh Fringe. A variation on that show formed one half of BLINDCRAFT, the show which fellow blind comedian Richard Wheatley and I performed at this year’s Brighton Fringe. 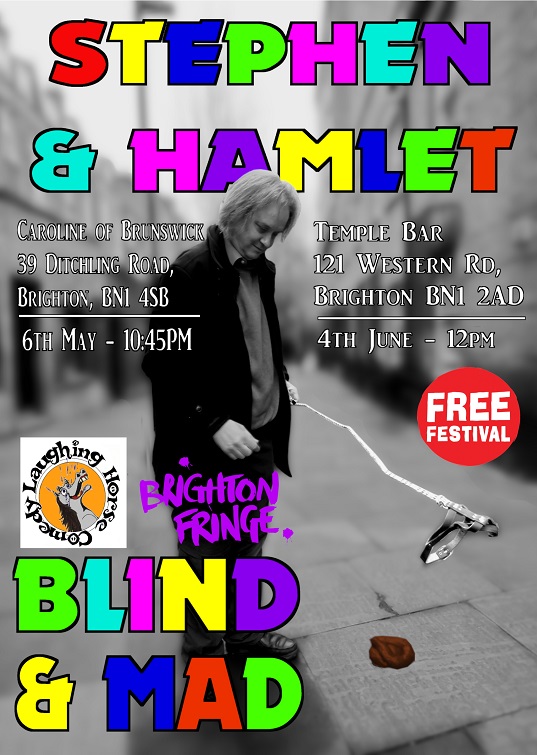 Stephen and hamlet blind and mad.